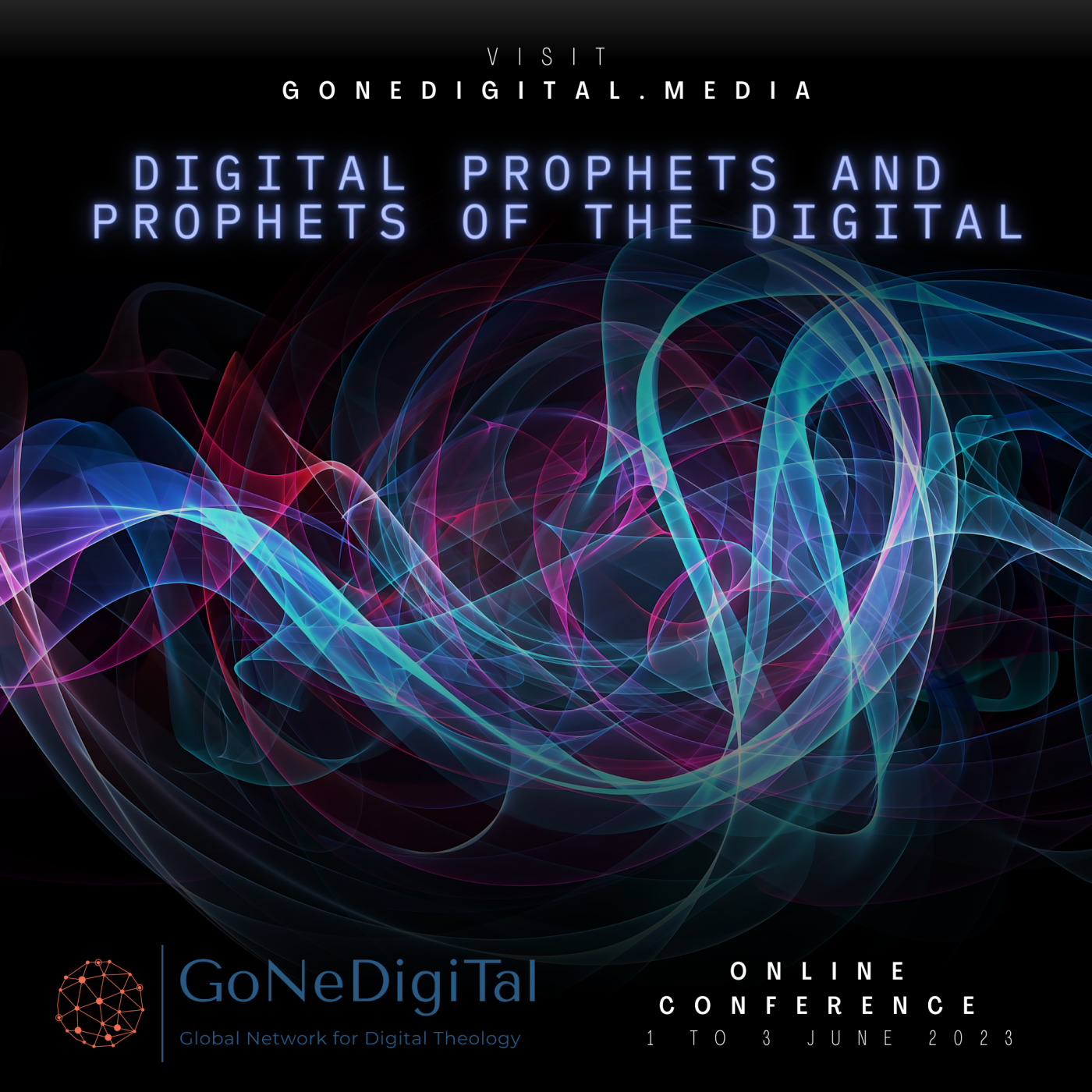 Each era begets its own prophet; the digital age has seen its fair share. The technological innovation of today is the realisation of the dreams of dreamers who envisioned a different future. Once created, pioneers have explored new vistas of the digital world pushing its limits, and seeing possibilities where others have remained oblivious, indifferent, or sceptical. As the novelty has worn off and digital innovations normalised into the mundanity of (postdigital) life, a new kind of prophet has emerged. Standing at the margins looking beneath the glitzy surface of technological promise, this prophet exposes the suffering, exploitation within as well as the plight of those left behind by the digital revolution. Theirs are the utterances forged from the residues of the stories of old, bringing hope of a different future.

This conference, hosted by the Global Network for Digital Theology, explores themes of the prophetic in digital cultures, in both global and local contexts.

We welcome papers from a range of methodological approaches in the following areas:

Abstracts of 250-300 words should be submitted by 1 March 2023 to Daniella Zsupan-Jerome at dzsupanje001@csbsju.edu